I am an InfluencerBrand Login

You might be surprised to learn that purchasing a product or service under the influence of a well-known celebrity has become more commonplace in recent years. And that is what influencer marketing is all about. 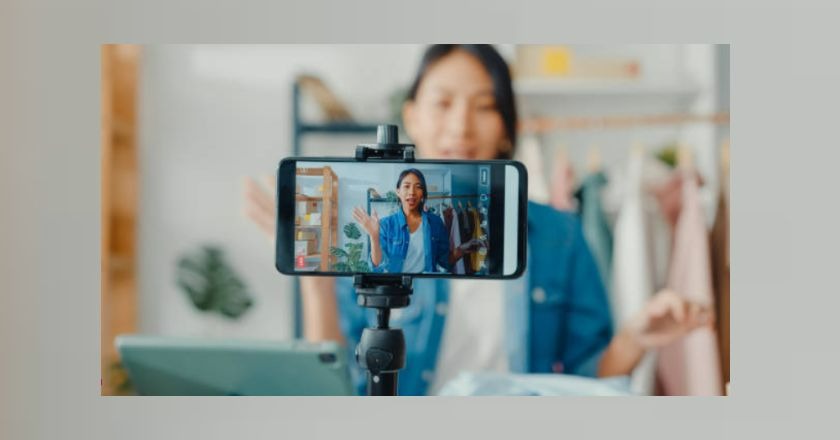 We'll cover everything you need to know about micro-influencers in this blog post and show you how you can utilize them to your fullest potential to market your business effectively.

What is a micro-influencer?

An internet personality with a following in a particular specialty is known as a micro-influencer. For instance, Instagram has seen a rise in the marketing of food and drinks. Instagram is the appropriate social channel because food marketing mainly relies on imagery.

If you're promoting a specific dish or drink, you might collaborate with an Instagram micro-influencer who enjoys all things culinary. The audience is important, even if he or she just has 10,000 rather than 10 million followers. These people are interested in food and drink, and since they interact with this influencer, they are more inclined to look into your products if they are suggested by the influencer.

Influencer marketing is effective because consumers are more likely to purchase goods and services when they hear recommendations from trusted sources. Although a food blogger may not meet with his or her readers in real life, the audience has become familiar with hearing that voice. micro-influencer marketing only simplifies and streamlines the model.

For instance, some social media influencers will accept any kind of brand collaboration. You can see leisure material one day and parenting stuff the next since they are not committed to a single cause or interest.

Even if the influencer continues to have a modest following, they may not necessarily be considered micro-influencers.

You want a micro-influencer who has a loyal following and a clear objective. This, not only lowers the price but also exposes your brand to a more niche market. 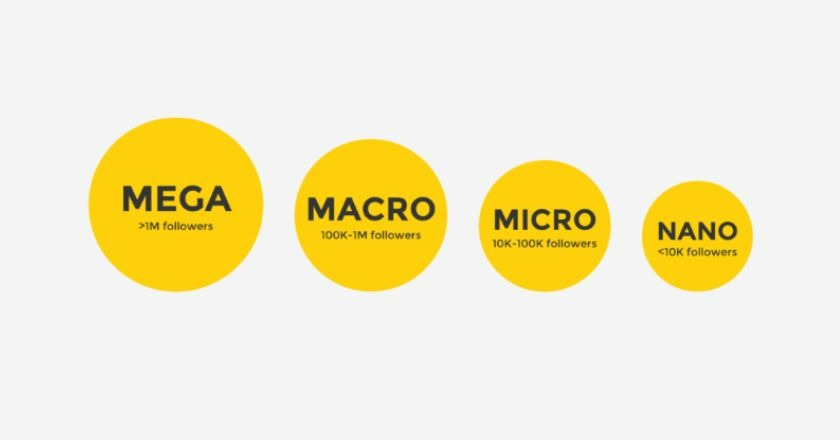 You can click here to find out more about how influencer marketing functions.

What Qualities Should a micro-influencer Have?

Consider what qualities you would like in a micro-influencer before you dive in. who is Your ideal influencer? What is important to him or her?

The responses will vary among marketers, but there are a few characteristics you should give top emphasis on in your search:

Additionally, you must confirm that the micro-influencer you select to collaborate with supports your business directly. If you're constantly sparring over "artistic disagreements," you might never accomplish anything.

Why Micro-Influencers are they on a Rise?

Micro Instagram influencers have an engagement rate of 3.86 percent on average, compared to mega influencers' 1.2 percent. 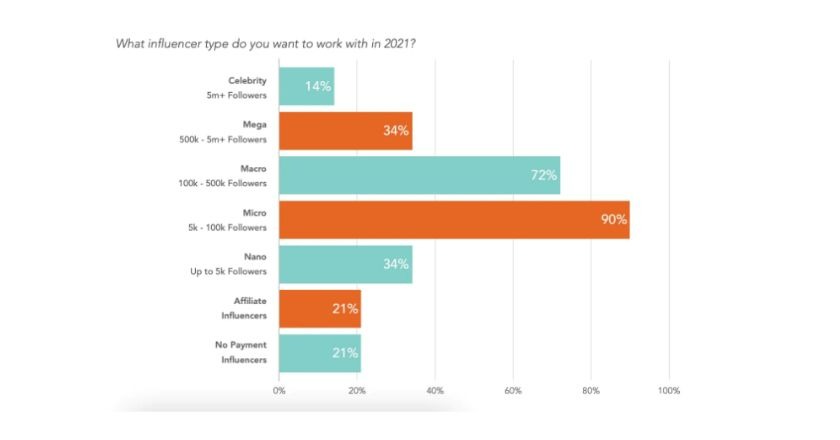 Employing micro-influencers may appear illogical. Why would you want to market your brand through someone who has a lesser audience?

There are several reasons to think that micro-influencers could benefit your business more. 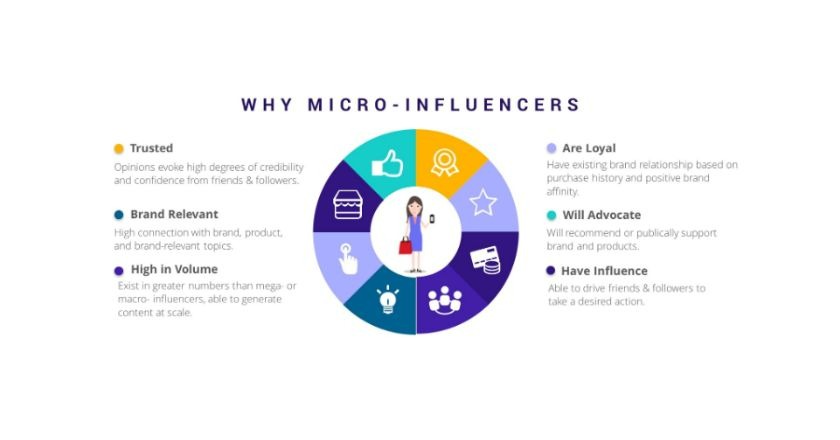 The fact that micro-influencers have fewer followers, which means fewer people are viewing sponsored content, is a typical cause for concern. And also, Instagram's like rates decline as followers grow. Like rates for influencers with fewer than 1,000 followers are 8%, while they fall to 4% for those with between 1,000 and 10,000 followers. 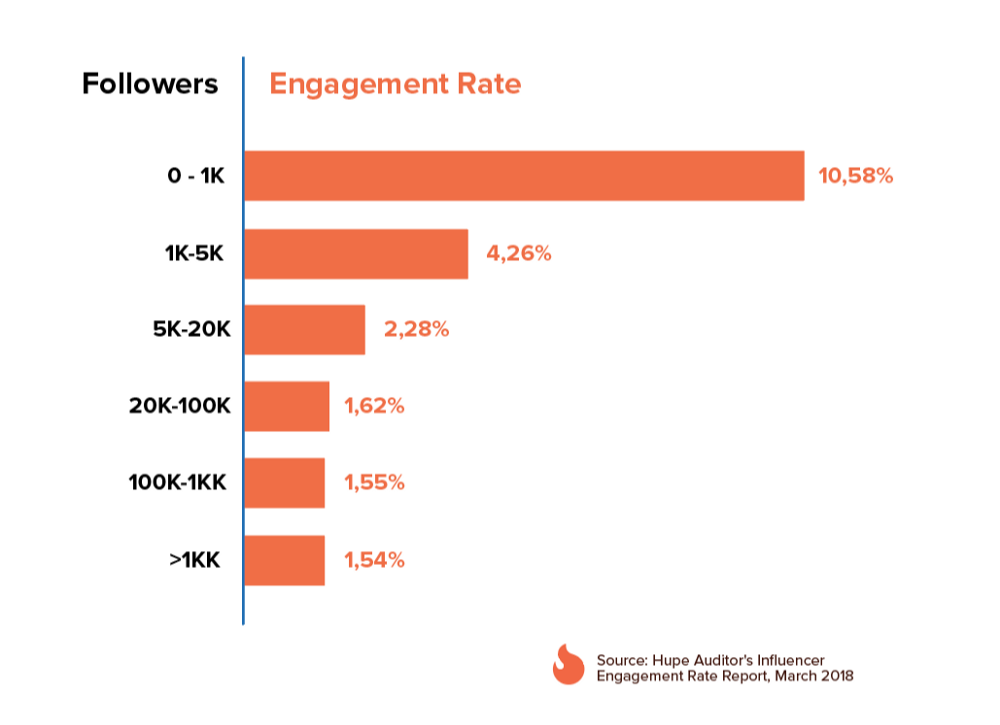 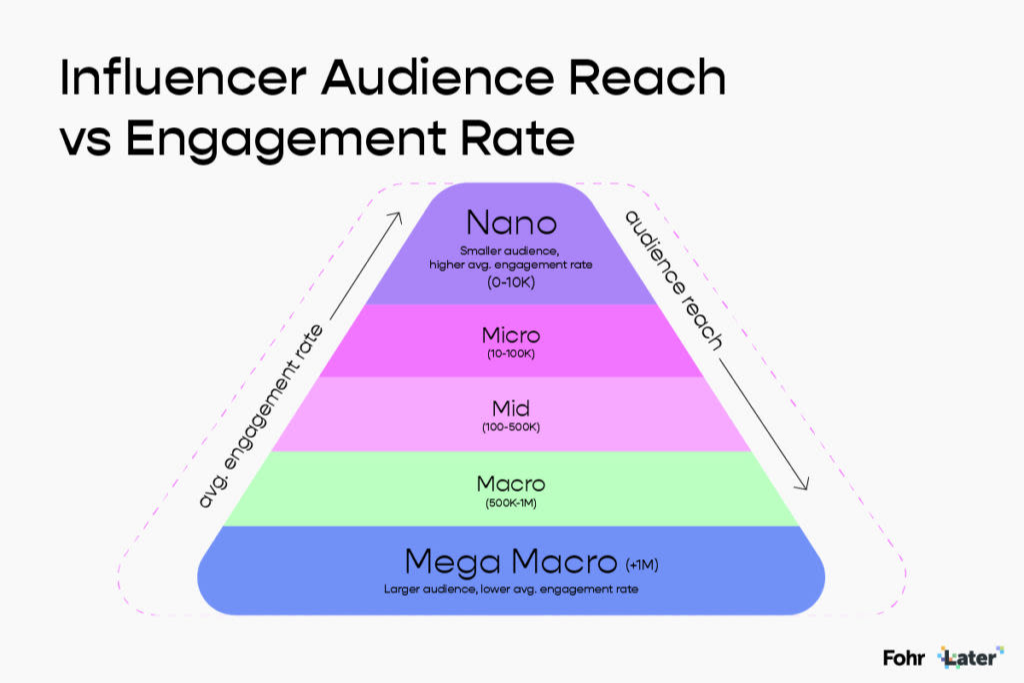 Generally speaking, smaller firms cannot afford to collaborate with well-known influencers. However, micro-influencers charge significantly less, so they might fit inside your budget.

Influencer marketing is a potent tool for expanding your customer base, but it shouldn't account for your whole marketing expenditure. You can restrict your spending while still earning significant benefits by doing micro-influencer marketing.

Compared to content you produce on your own, influencer-generated content might be far more valuable. The micro-influencer engages with their audience by using their distinct voice, demeanor, and interaction style.

It's a done deal. More significant influencers, on the other hand, frequently rely on brands to produce the most content. They place more emphasis on sharing pictures with succinct captions.

Content may be more important to a micro-influencer. Great content is an integral aspect of an influencer campaign because the author is constantly seeking to increase the number of clients. This entitles you to audience access and incredible influencer-generated content.

micro-influencers may be able to engage audiences in conversation on subjects that are peculiar to their interests. Because of their particular niche interests, this kind of micro-influencer frequently has a following and is an authority in their field. These carefully managed groups are accessible to brands, allowing for a level of targeting not feasible with macro influencers. They frequently have engagement rates of more than 25% and more than 20 times the number of conversions of typical customers.

The days of corporations making partnership decisions solely based on follower counts are long gone as the use of social media increases. Even though there are more possibilities than ever, cutting-edge influencer programs focus on finding micro-influencers who are pertinent to the brand's marketing goals and integrating their accounts into the larger marketing program uniquely and genuinely.

If you want to learn more about how the top influencer marketing agencies in India operate, you can look at their websites here.

Why should you give micro-influencers a go now that you are more knowledgeable about how they operate?

It's simple enough to respond that you will benefit much from the collaboration. Whether they're selling lipstick or stainless steel water bottles, brands all across the world have had success with micro-influencer marketing. They are reasonable, kind, loyal, and sincere. You've probably heard that one should avoid following the crowd and instead take the less traveled route. This criterion therefore also works well for the micro-influencer. They can generate more engagement with fewer participants.

According to estimates, 80% of viewers are likely to purchase the products this micro-influencers advocate. Choosing a micro-influencer might also assist you in connecting with the untapped markets that you have been missing.

Compared to other types of influencers, micro-influencers are more pliable in their ability to connect with more individuals. It has been established that micro-influencer marketing initiatives will shine even more in the future by the time they become a commonplace medium. Every sort of brand has a micro-influencer, and you can even discover many influencers who are active across various media.

Q3.How many fans or followers do a micro-influencer supposed to have?

Ans:- micro-influencer is someone whose social media following is bigger than that of an average person but smaller than that of a star. Typically, that means having more than 1,000 followers but fewer than 100,000.